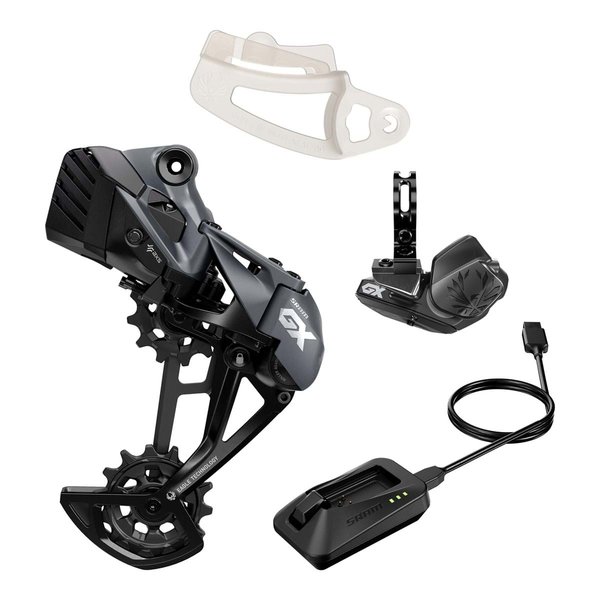 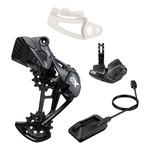 £520.00
Incl. tax
write a review!
In stock
Contact us about this product Add to wishlist Add to comparison list

With the new GX Eagle AXS upgrade kit, Sram's wireless AXS setup is available at a more accessible price than ever before!

Eagle AXS is compatible with all Sram Eagle drivetrains - so you can use this kit to replace your existing mech and shifter and upgrade your bike to AXS.

Using the same wireless connectivity as the XX1 AXS and XO1 AXS setups, the new GX AXS makes use of steel and aluminium in place of titanium and carbon fibre, to hit a better pricepoint.  We still see the same great shifting, easy setup and neat clutch to move the mech out of the way and protect against impact damage.