We were selected as one of the few UK dealers to head over to Italy for the Santa Cruz Heckler dealer launch event.  Matt was the lucky one, here's his write up of the few days he spent with Santa Cruz.

After an early drive to Manchester airport, a flight to Munich then another flight to Pisa we were met at the airport by one of the guys from Ridgeline, the company that would be guiding the rides. There was still another dealer to arrive so we went for a quick seafood pasta lunch then back to the brewery we would be staying at, via the airport. 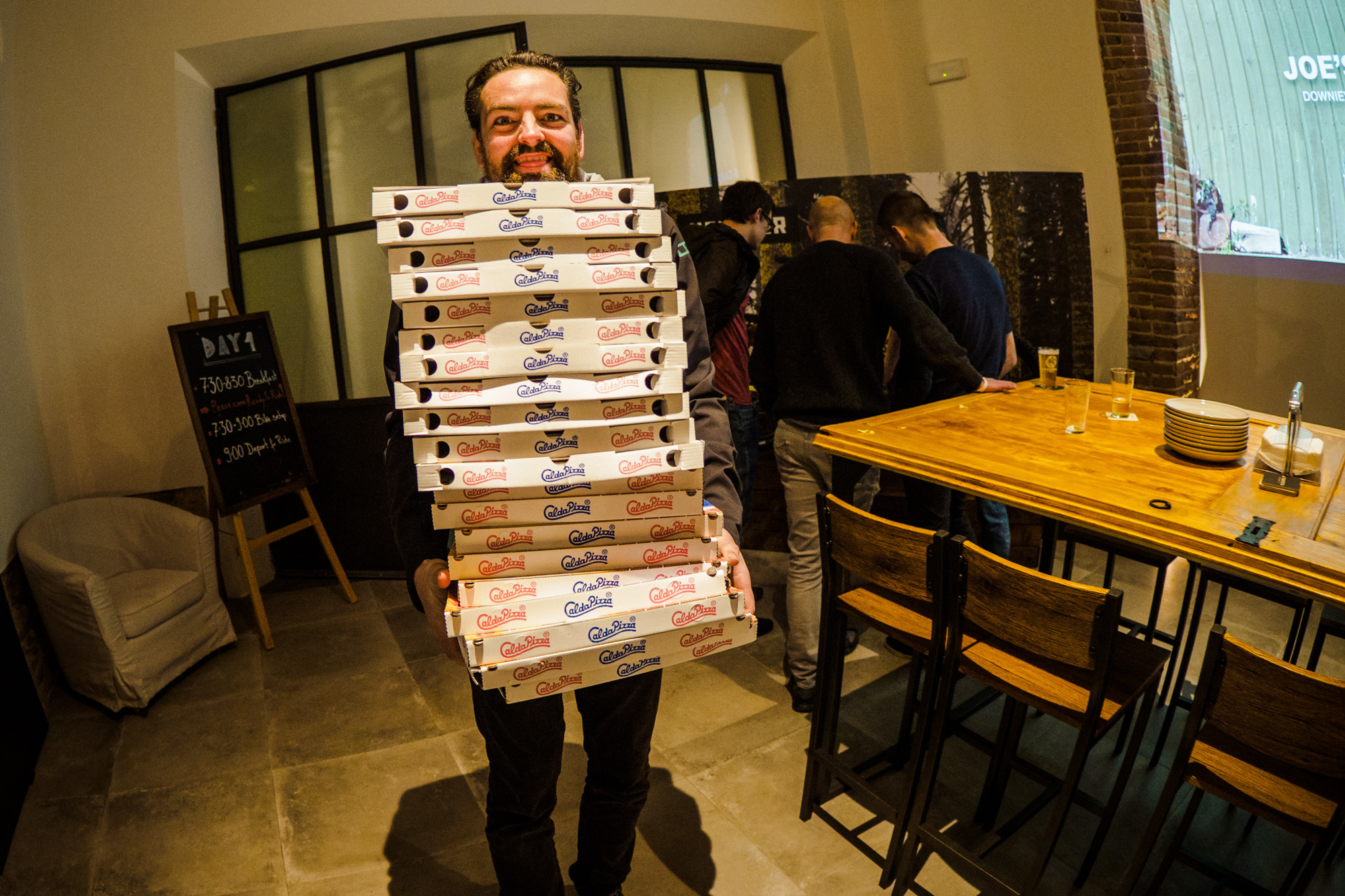 Ridgeline has a summer base that’s above the snow line so we would be staying at their winter base which just happened to be at a brewery, LaStaffetta. Once we’d settled into our rooms, we headed back into the brewery for a few beers and some pizza. This was the first time we’d see the bike and also when we found out the name. 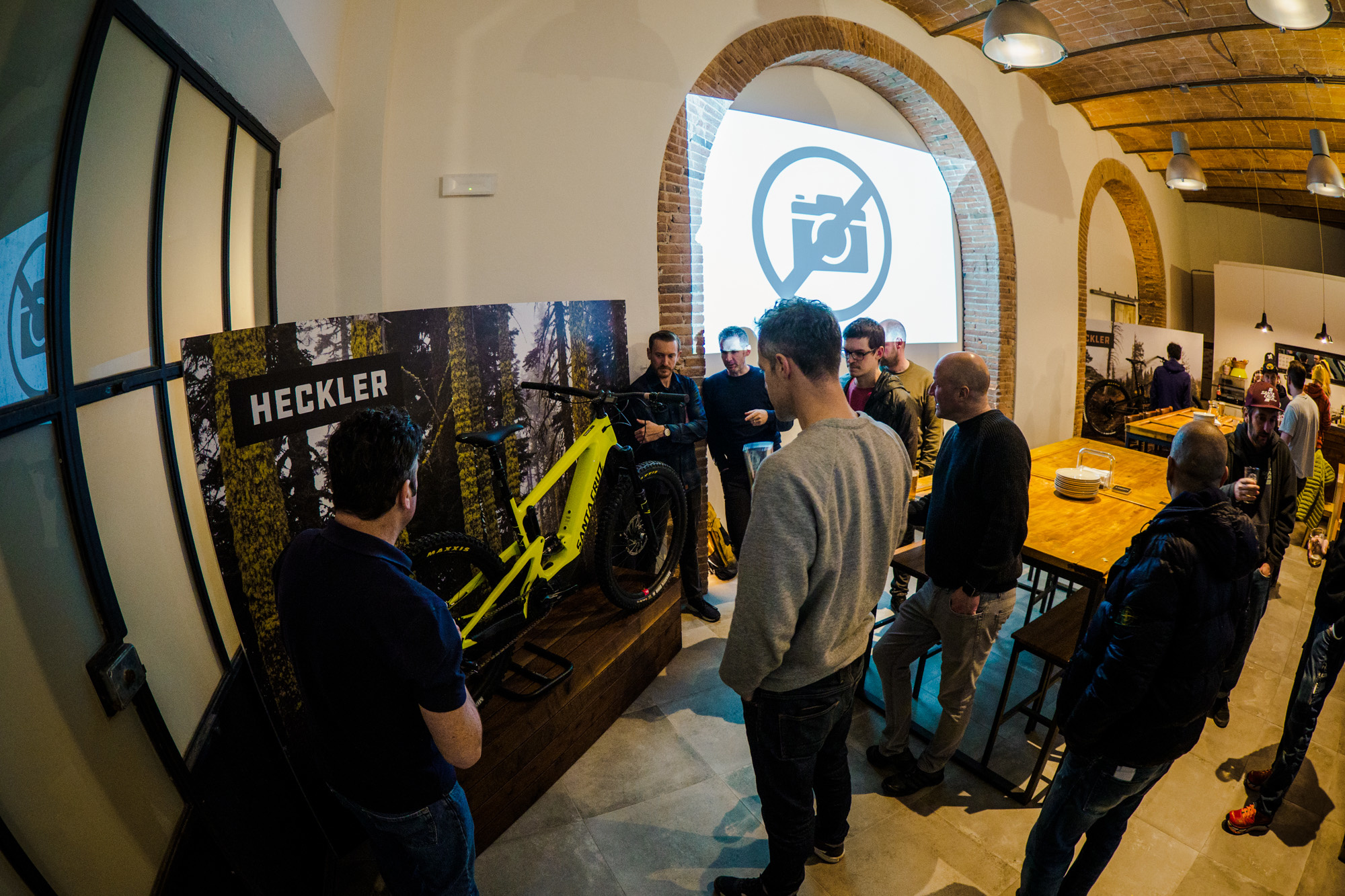 The next hour or so was a presentation covering the details of the bike, plus the reasons for the choices they’d made. If I’m honest there wasn’t anything that was a huge surprise, everything just sensible choices with good reasoning behind it - the Santa Cruz way! We’d find out how the bike rode the following day so all that was left was to sample some more beer

The first ride day started with breakfast and bike setup. We were told to bring pedals but I’m a little princess about grips so I also had to swap them over. The suspension had already been set up for our weights as well as making sure we had the brakes the right way round. With 10 of us riding I was surprised how quickly we got set up and everything loaded onto the trailer - yes that’s right, we started an ebike ride with a shuttle. The bikes all had hidden branding but the guys from Santa Cruz were still concerned about the bikes being seen so they were trailered, with covers, to the start of our ride. 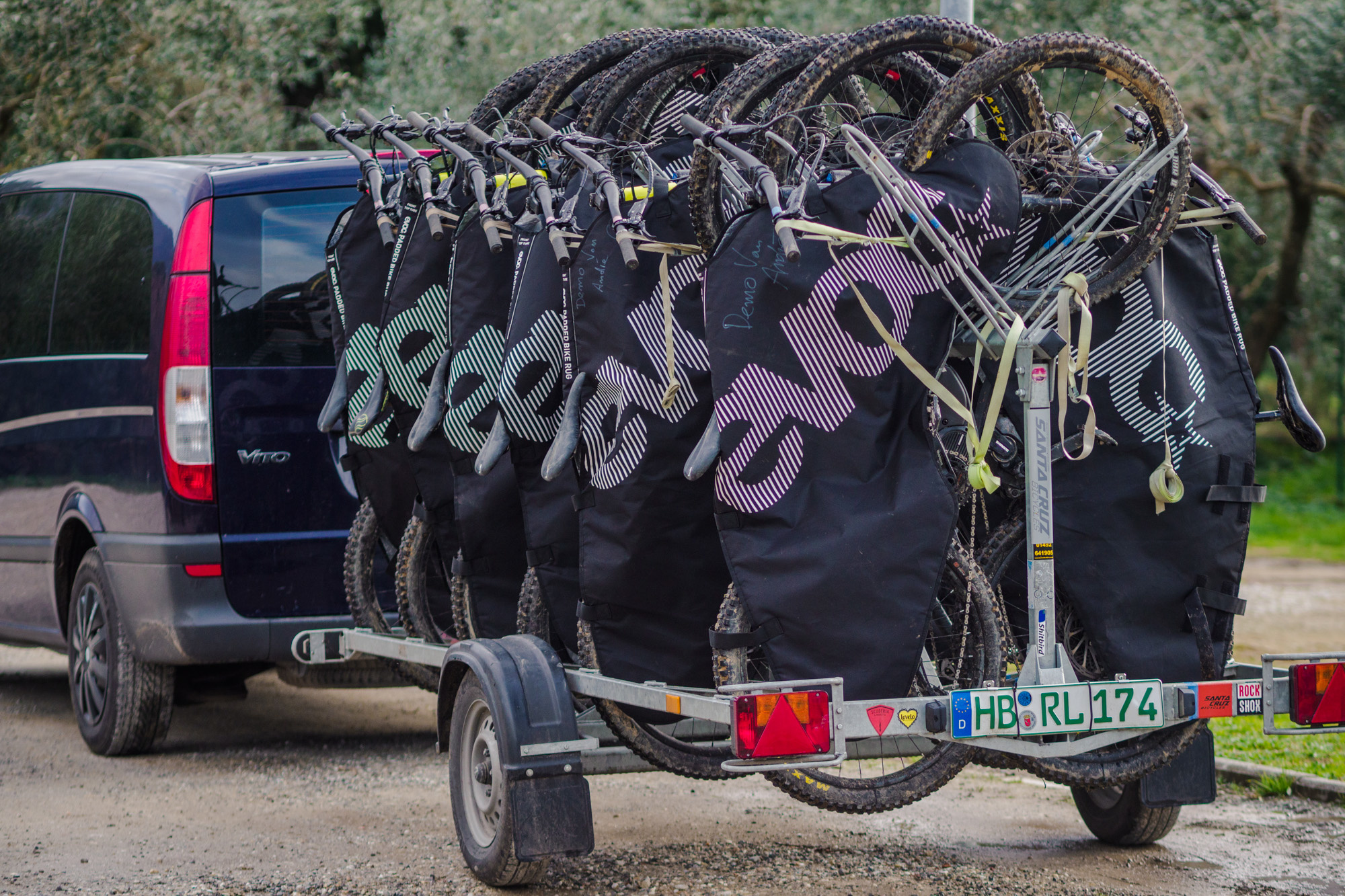 Rich from Ridgeline has been busy building around 60km of trails in the area with ebikes in mind so we had a day of steep climbs, techy descents with a nice lunch stop in the middle. As we set off a simple river crossing caused the mood in the group to change as our guide managed to go over the bars attempting an endo turn into the river crossing. Should we trust the guiding ability of a man that only made it 500 metres from the van? 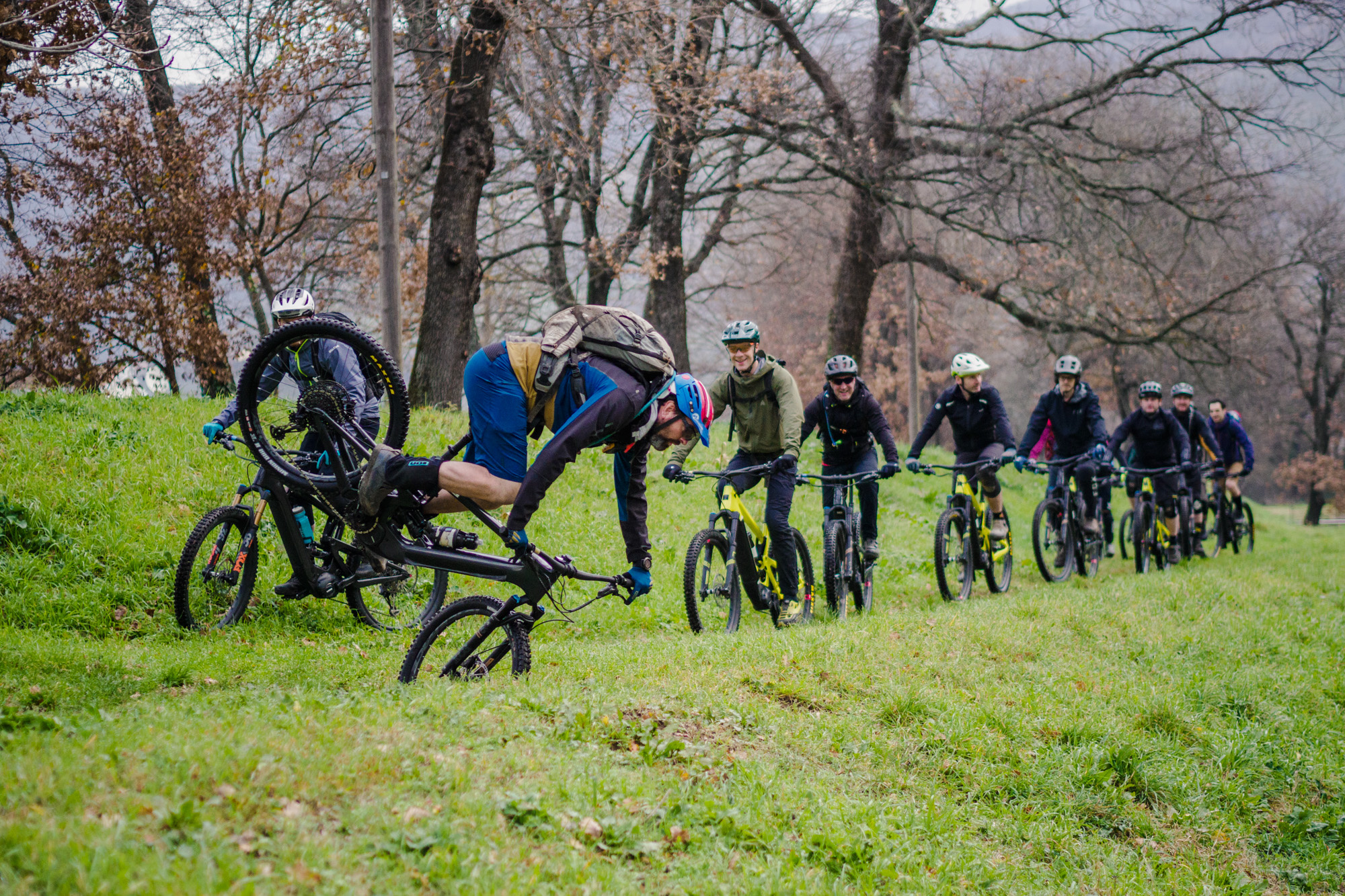 Luckily we were wrong and the trails were amazing, plus his riding improved, a lot! On the first steep climb I was certainly glad for the assistance but, like I’ve found on other ebikes, the Boost mode on the Shimano motor was simply too much most of the time. Settling back into Trail gave just the right amount to feel like you on a really good day. The descents were where the bike really surprised me. The time spent saving weight was really noticeable and there were even a couple of moments where I forgot it was an ebike, until I tried to get a couple of quick pedal turns in and nearly shot off into the undergrowth. 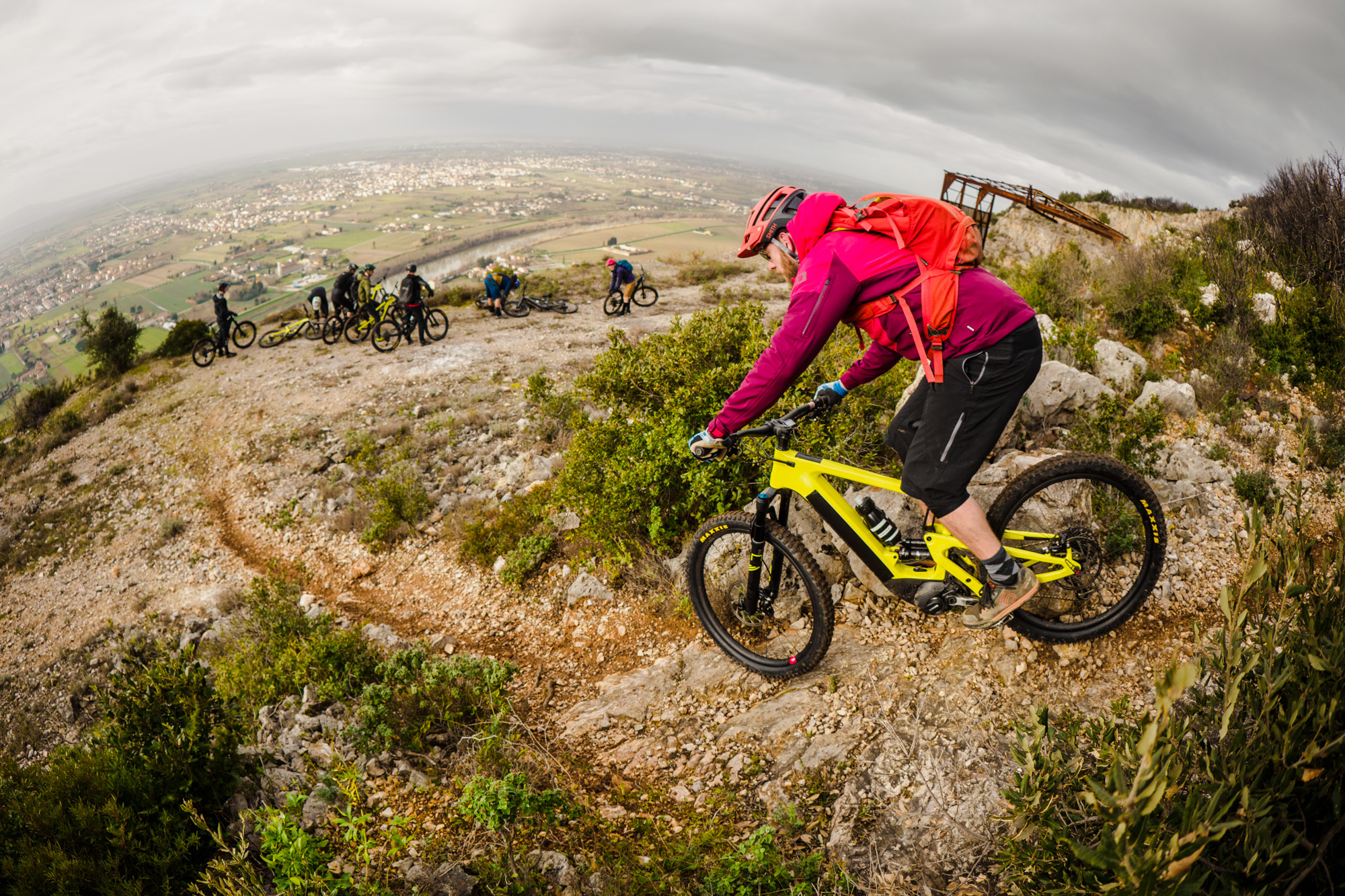 After lunch, a leisurely affair of forbidden bread (little deep fried pockets of heaven), cured meats, pasta, coffee and a quick rain shower, we were shuttled back up the hill for more of the same. The wine may not have helped with my bike control but I pushed through it anyway. With more time on the bike, it was clear that it was far more capable than me. Everytime the trail opened up and I let off the brakes the bike just runs away wanting you to go faster and faster until the skill runs out. It’s safe to say I’ve not done enough riding, specifically descending, recently so arm pump was starting to become an issue later in the day. Luckily there was beer, food and a crocodile with a drinking problem (if you know, you know) back at the brewery. 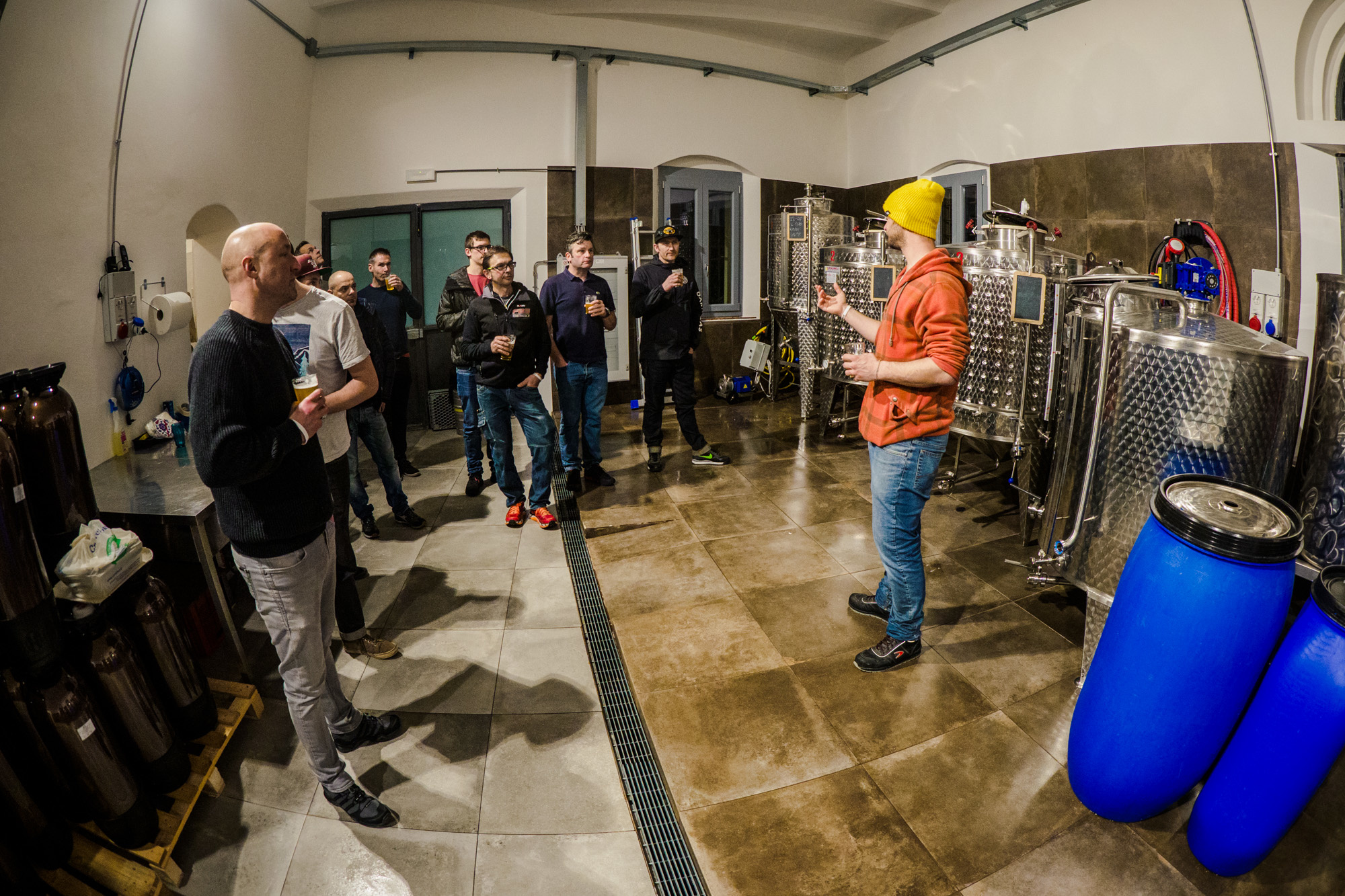 Over breakfast the next day we were told the plan, but crucially also given the weather forecast - more rain on more technical trails. Unfortunately my knees were playing up so I took the bail out option of meeting everyone at lunchtime instead. So I had a slower start to the day with a bit of time to recover then met everyone for the final lunch up in the hills. The original plan had been for more riding after lunch but everyone was cold and wet so we all headed back to get clean and warm. This meant the drinking started a little earlier so with a bottle of the local liqueur and a bottle of limoncello down we headed into Pisa for our final meal. There was more cured meats, steak, wine, beer, grapa and tiramisu before a trip to see the tower - a notable mention to head honcho at Jungle, Dickon, for his efforts with the booze. As a result we were a little quieter on the way to the airport in the morning for the return journey (via Munich again!) but it was certainly worth it 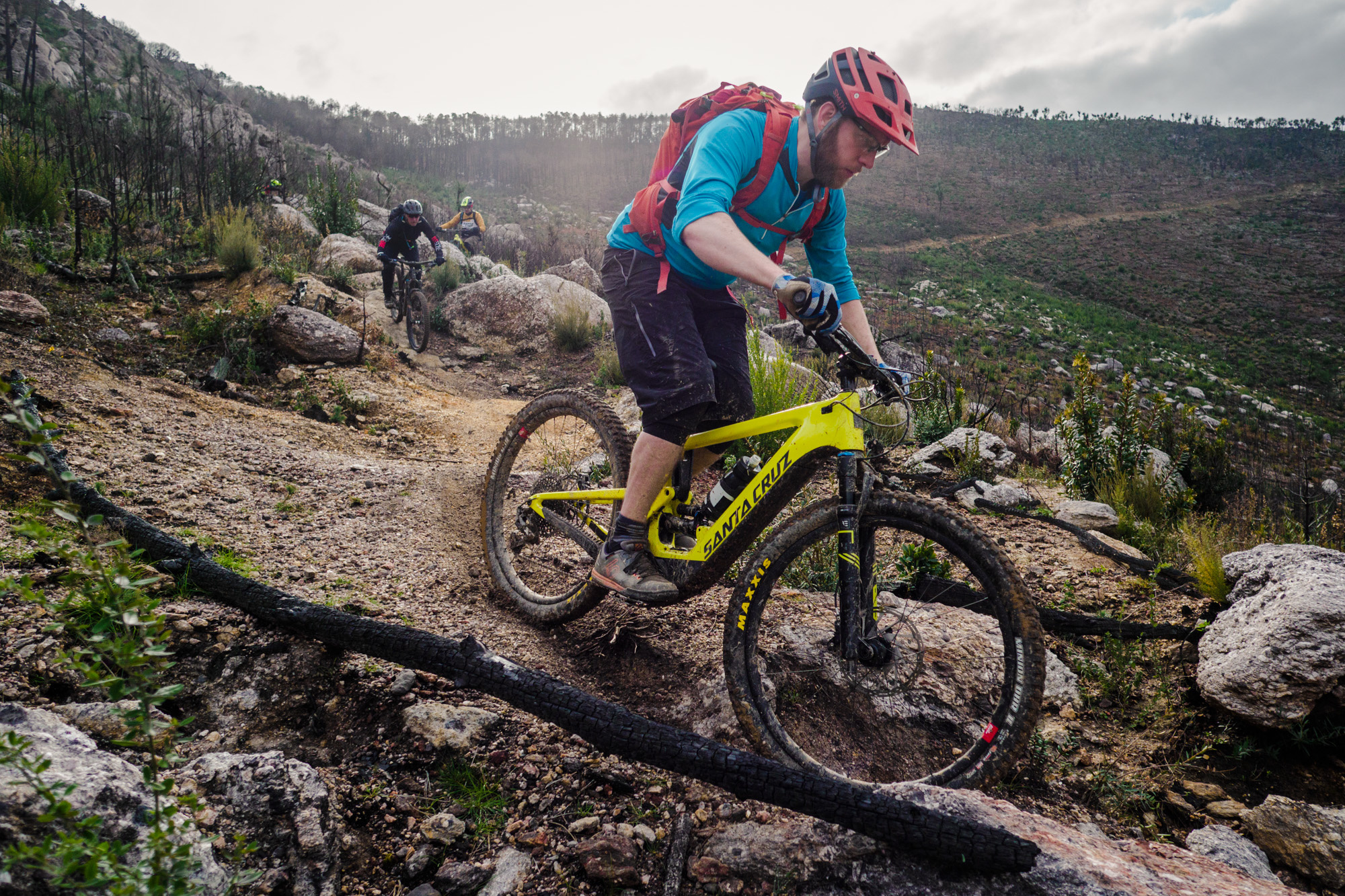 I’d like to thank everyone at Santa Cruz for their hospitality and organisation, Rich and the team at Ridgeline for the riding and everyone at LaStaffetta for the beer. 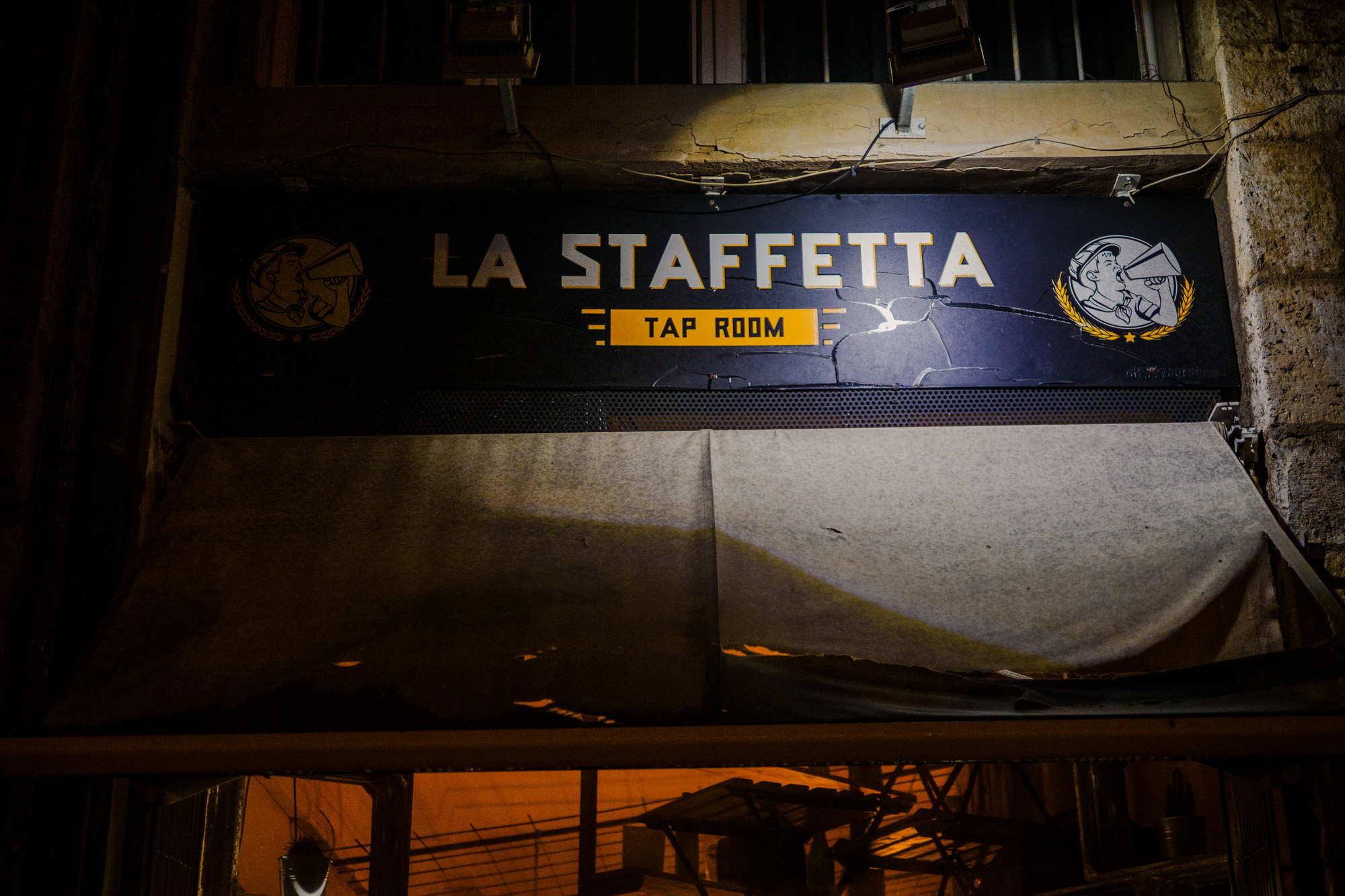